With its enormous Gothic towers, is just one of the many historic architectural wonders of Rhodes’ magnificent Medieval Old Town.
It is a monumental structure and a declared UNESCO World Heritage Site where the influences of many cultures and religions survive within the 4km fortified walls. Consisting of a higher town and lower town, the maze of pathways offer a peek into past civilizations and several sites of interest that will take you back to the Middle Ages and beyond. Highlights include the Street of the Knights; the Clock Tower, with its breathtaking view of the Aegean, ancient statues, marble crests, fountains, mosques and a hammam. Housed inside the former 15th century Hospital of the Knights, the Archaeological Museum contains an impressive collection of artefacts, some of which were recently exhibited at Louvre’s “Rhodes: A Greek Island and Gateway to the East.” 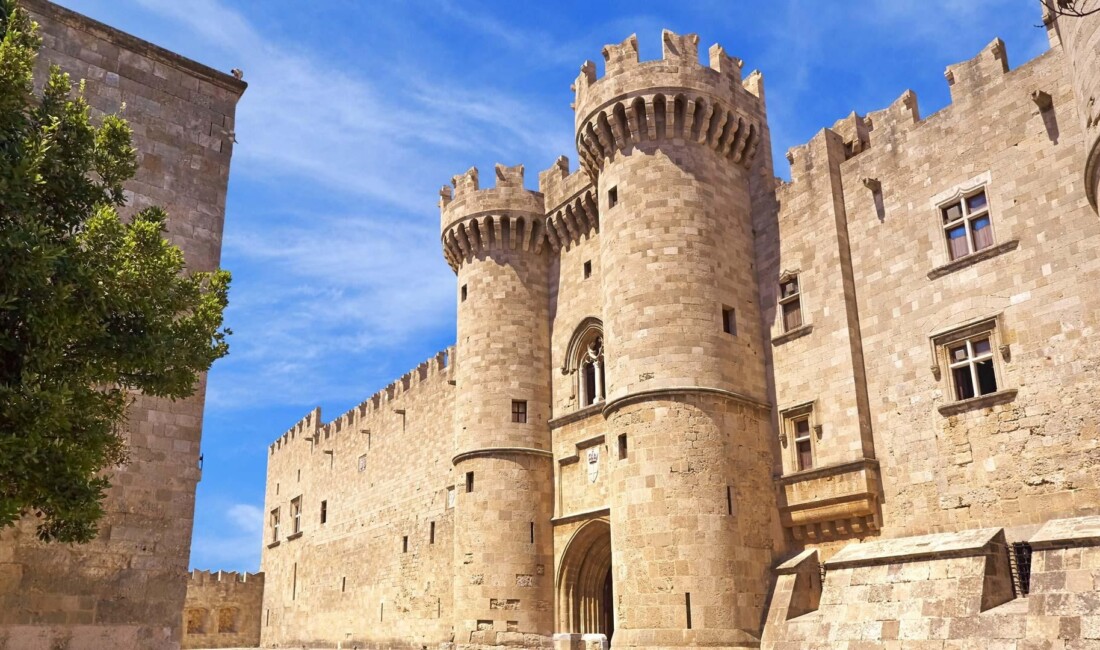